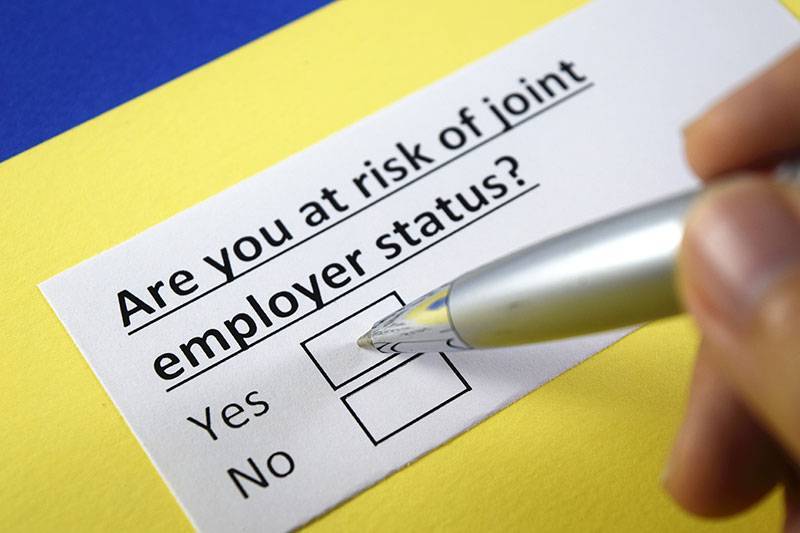 On Jan. 25, 2017, the 4th Circuit Court of Appeals, which includes South Carolina, clearly articulated a test for “joint employment” relationships under the Fair Labor Standards Act (“FLSA”) in the case Salinas v. Commercial Interiors, Inc.  “Joint employment,” or co-employment, can arise in many different ways and we typically see it in the staffing agency context where an employee may be hired or paid by a staffing agency but work for a customer or client as a third party.  Virtually any company that uses contractors or shares employees with another company is at risk for creating a joint-employment relationship.

In Salinas, the companies involved were in the construction industry.  Salinas and the other Plaintiffs were directly employed by a drywall installation subcontractor (J.I. General Contractors) that had a contract with a commercial general contracting firm (Commercial Interiors) to perform work.  Salinas sued both their direct employer, J.I. General, and the general contractor, Commercial, for violations of the FLSA and the Maryland Wage Payment Act.  At the lower court level, the District Court sided with Commercial and found that no joint employment relationship existed.  The 4th Circuit, siding with the employees, disagreed and reversed.

Overall, this decision has been largely viewed as a victory for both employees and the U.S. Department of Labor.  Until and unless the United States Supreme Court reviews this issue, this test will remain the law within the 4th Circuit (South Carolina, North Carolina, Virginia, Maryland, and West Virginia).