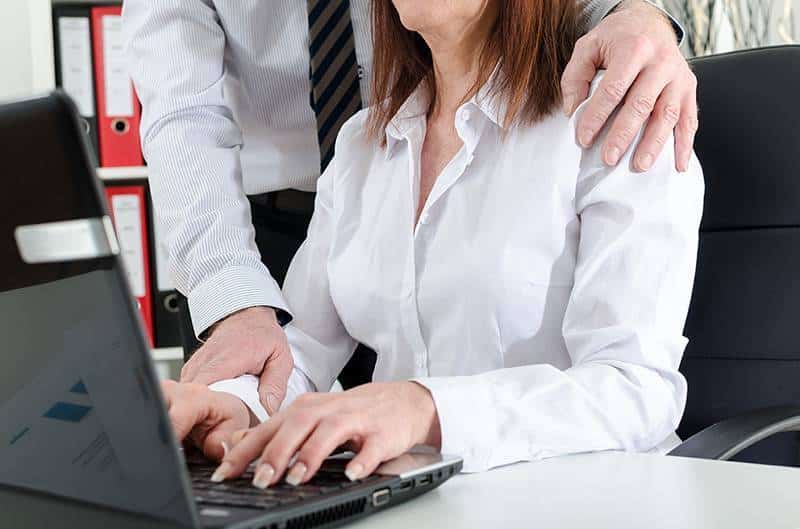 The attorneys from Falls Legal recently returned from the 2017 National Employment Lawyers Association convention in San Antonio, Texas.  As part of this year’s program, NELA was proud to host a panel on “Honoring Courageous Plaintiffs.”  Gretchen Carlson and her extraordinary legal team composed of New York attorneys Nancy Smith and Marty Hyman attended and received one of the three awards given this year.  Carlson, as many already know, was previously co-host of “Fox and Friends” on the Fox News network.  In July 2016, Carlson filed a lawsuit against then Fox News Chairman and CEO Roger Ailes claiming sexual harassment.  After Carlson’s complaint, dozens of other women stepped forward to also accuse Ailes of harassment and he was ultimately forced to resign.  Mrs. Carlson’s lawsuit was subsequently settled for reportedly $20 million.  In the wake of Carlson’s high-profile suit, attorneys across the country have noticed an up-tick in inquiries relating to workplace sexual harassment, suggesting that Mrs. Carlson’s complaint has empowered women with the courage to step forward.  Some important lessons can be learned from Carlson’s case.

Lesson 1:  Assemble Your Legal Team Before You Complain.

If you are experiencing sexual harassment at work, you should immediately contact an employment attorney.  This is exactly what Mrs. Carlson did before she complained.  An attorney can provide you helpful information on how to complain, when to complain, and what to expect if you complain.  Additionally, if you anticipate the possibility the company may retaliate against you for complaining, an attorney can advise you on anti-retaliation laws and will be ready to take immediate action if retaliation occurs.

Lesson 2:  No One Thinks It Will Happen To Them, Until It Happens To Them.

A common thread we have seen at Falls Legal over the years is that almost every victim of workplace sexual harassment never thought it would happen to them until it did.  They never viewed themselves as “litigious” or someone who would ever bring a claim against an employer.  In fact, many of these women have never been involved in the legal system at all, other than to maybe purchase or sell a home.  Mrs. Carlson grew up in the Midwest and always believed that she could achieve success based solely on talent and work ethic.  She also never believed it would happen to her until it did.  Never be afraid to contact an attorney and stand up for what you believe is right.

Lesson 3:  Sexual Harassment is Alive and Well in the Workplace.

Workplace sexual harassment can happen anywhere.  It happens to minimum wage workers and it happens to executives, including news anchors like Mrs. Carlson.  It happens in virtually all industries, from factories to corporate offices.  It even happens at law firms.  People assume in the 21st century that companies should get it right by now and that sexual harassment only occurs in primitive settings.  This is simply incorrect.

Lesson 4:  You Cannot Be Afraid to Complain.

Lesson 5:  Be Wary of Arbitration Agreements.